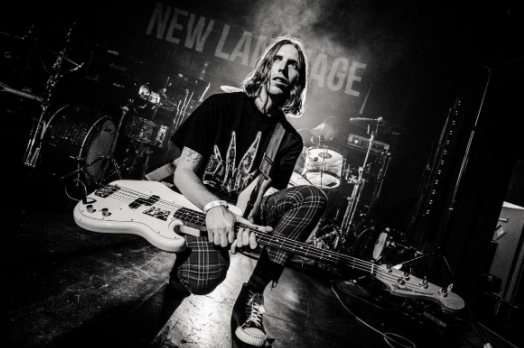 “Bedroom pop for emo kids” is the preferred genre for California band Crooked Teeth and their new music video and single “Gone Forever”. Nostalgic guitar leads and alternative rock lyrics from vocalist and guitarist Tyson Evans have led to praise from KROQ radio, Earmilk, and single “Beg” surpassing 500k streams. Earmilk describes the band’s current single, “Beg,” as being “the defining decision we’ve all had to make…between leaving the bar early OR staying out till all hours of the night and succumbing to a hellish hangover the next morning. It’s a true headbanger and millennial emo-anthem of 2019”.

“I wrote this song in the summer of 2019 after spending months on tour. I was settling into my first seemingly stable relationship in years however every high point was met with lows by way of distance and the push and pull of chasing childhood dreams in the back of a van on tour. Fast forward a year later and I’m learning to be happy alone in the midst of a global pandemic. Listening back on this song feels like a time machine to a feeling that I don’t feel as familiar with all the madness outside my window. This song serves as a memory of a time when escapism felt tangible and codependency plagued my personal growth. “ – Tyson