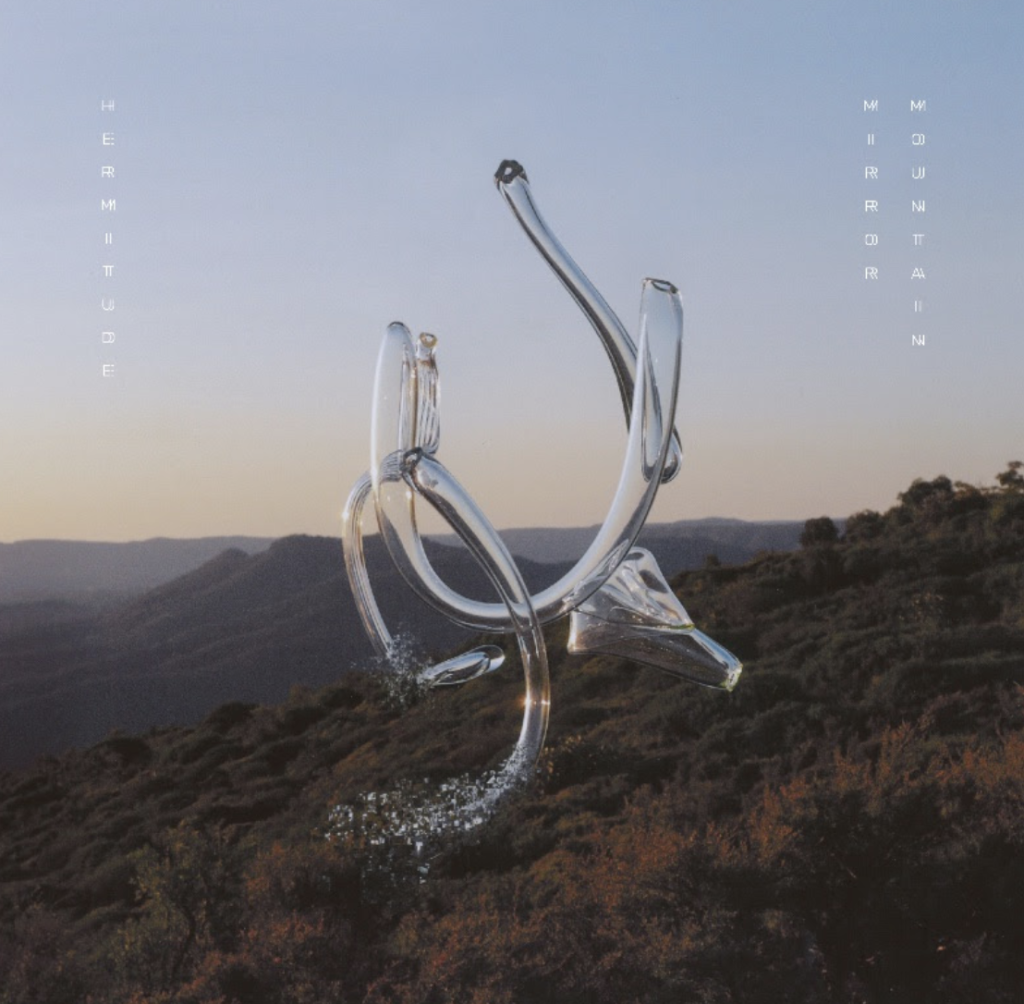 An eight-track release, Mirror Mountain was recorded at Angus’ home on the outskirts of the Blue Mountain town of Blackheath, just as the rest of the world went into lockdown. The pair opted for a pared-back setup of one synth, one laptop and a Moog Matriarch, attempting “not to over-clutter the music,” they explained. “Recording Pollyanarchy was a fun experience, but it was also tiring,” said Angus.

“We wanted to strip everything back and return to the essence of why we started Hermitude in the first place,” Luke added. “Which was just us two locked in a studio in the mountains having a bit of fun and seeing what came out.”

The LP kicks off with ‘St Claire’, one of three singles on the album. Characterised by lush, atmospheric dance vibes, it very much sets the tone. ‘Lift Me Up’ carries a similar energy, before the breakbeat euphoria of ‘Promises’ – the LP’s second single – features newcomer vocalist Andie. Third and final single ‘When You Feel Like This’, a collaboration with indie-rock outfit The Jungle Giants, offers a nimble, high-energy dose of feelgood electronica, the aptly-titled ‘Golden Hour’ evokes the kind of wistful beauty attached to witnessing a breathtaking sunrise, and ‘Flush With Love’ pairs poignant piano chords with warped vocals. Closing things out, ‘Tides Of Time’ delivers some meditative respite, before ‘Sixth Sense’ ensures Mirror Mountain finishes on a suitably glistening note.

Consisting of Luke Dubber (a.k.a. Luke Dubs) and Angus Stuart (a.k.a. El Gusto), Billboard-chart topping outfit Hermitude have been releasing music since the turn of the century, drawing widespread critical acclaim and soldout headline shows around the world. They have since released six albums, most recently last year’s Pollyanarchy.

Steeped in introspection and emotion, Mirror Mountain is Hermitude’s most quietly powerful release yet.