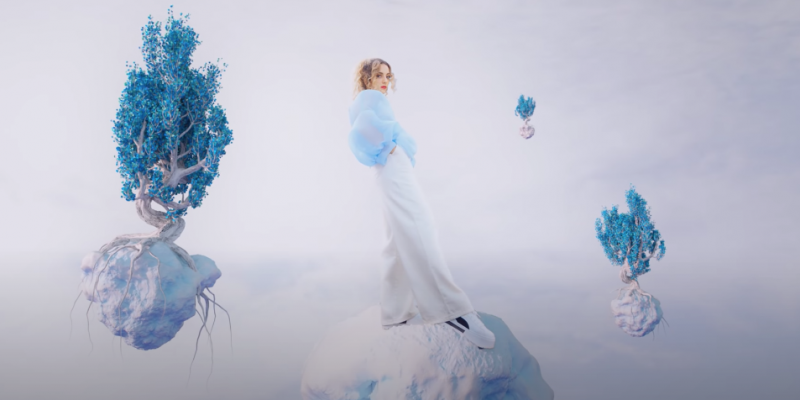 Following a triumphant 2020 with the release of her debut visual EP Lightswitch and subsequent single, “WOW (Look At Me),” which was featured in the latest Apple iPhone 12 ad, CHAII returns more defiant than ever as a unique voice with limitless attitude and ambition. “OH NAH YEAH” features a catchy run of melodies where the Kiwi-Persian rapper skips between sung-spoken melodies and chants. Party Favor lends his dynamic production and genre-bending abilities on “OH NAH YEAH” to deliver a visionary tune filled with percussive beats.

Accompanying the release is a kaleidoscopic music video directed by Mikey Rockwell featuring polychromatic looks and mind-altering scenes. CHAII exudes confidence as she commands each stage with her vibrant personality and forward-thinking style.

CHAII mentions about the single, “I really enjoyed working with the talented Party Favor. He’s honestly the best! Bringing our vibe together created such an exciting sound. I wrote ‘OH NAH YEAH’ about not letting fear rule my life. I had a discussion with my dad one day and what he said really stuck with me. He said don’t ever change your creative work and what you stand for because of fear. I guess I could just make safe music and not have to fear anything. OR I move forward not letting fear shape who I am. I originally started from writing the lyrics about needing to hold your ground. I often catch myself saying sorry for no reason or if I don’t make sense to someone. There’s no need to have to default to an apology for not fitting in any box, being yourself and existing.”

Party Favor adds, “Super excited about this record. CHAII is insanely talented and has a really dope sound, and I really wanted to see how our worlds could collide. She sent me this vocal and immediately I knew we could make something incredible. Her being from Iran & New Zealand, she brings such a fresh sound to her music. This feels like a worldwide record.”

CHAII’s dynamic creative vision matches a diverse catalogue, heard especially on her debut EP Lightswitch – a visual collection showcasing sounds and footage from Oman to Joshua Tree. The release included title track “Lightswitch” (produced by Frank Keys and mixed by Grammy-winner Jaycen Joshua [Rosalia, A$AP Rocky, Nicki Minaj]) as well as her debut trilogy of singles, “South”, Rolling Stone’s ‘Song of the Week’ “Digebasse” (featuring Nigerian-Australian rapper B Wise), and the heart-thumping “Trouble”. Lightswitch EP scored support from tastemakers Rolling Stone, Acclaim and Pilerats upon release. Her versatility as a rapper, producer, director, audio engineer has earned her a global reputation, while her impressive list of accolades continue to mount. From becoming Spotify’s first ever Radar artist from New Zealand, soundtracking a Fendi campaign, to featuring in Tony Hawk’s recent video game, the new FIFA 2021 soundtracks, and Charlize Theron’s film The Old Guard, don’t take your eyes off this star of the rise.

Collaborating with some of the biggest names in music including Offset, Gucci Mane, A$AP Ferg, Diplo, Lil Baby, Rich the Kid, and 2 Chainz, Party Favor has released chart-topping music from his breakout hit ‘Bap U’ (over 40 million streams), to his 2016 debut EP ‘Party & Destroy’ that reached #2 on iTunes Dance along with his hit 2019 album Layers (over 35 million streams). PARTY FAVOR has scored sync deals with globally-recognized brands including Google, Coca-Cola, T-Mobile, prime-time television commercials and ad campaigns for Mountain Dew, Gatorade and the NFL network, and multiple box-office films including 2017’s Baywatch, Neighbors 2, Life of The Party, and The Purge. Party Favor is also ½ of the Grammy-nominated house duo SIDEPIECE, who earned a nomination in the Best Dance Recording category for their hit single “On My Mind” with Diplo (over 100 million Spotify streams).

Enjoy the first hit of CHAII and Party Favor together with “OH NAH YEAH,” that is available on streaming platforms now via BMG.