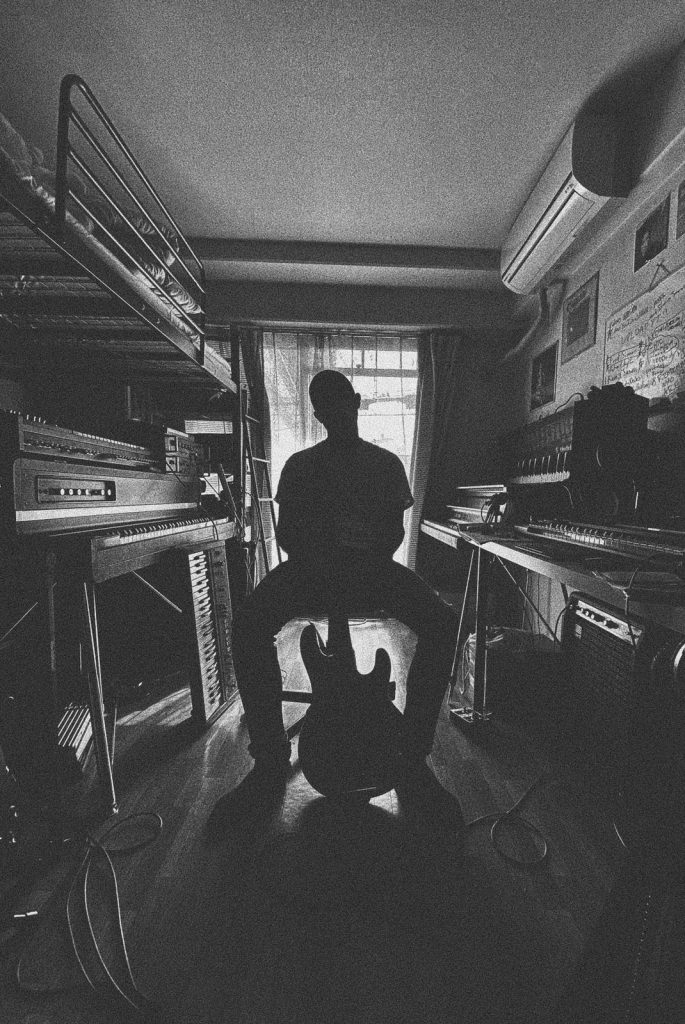 The new version, ‘50//50 (Dance With Myself)’, sees the breezy, carefree nature of the hit track further accentuated by Absofacto’s smooth, robot-like vocoder vocals. Initially released as part of Vantage’s debut album Metro City, the original is a TikTok sensation that has racked up 22 million Spotify streams since its August single drop. Meanwhile Vantage kicked off the new year with a remix of the Dua Lipa and Angèle global smash ‘Fever’.

Vantage explains: “I had a blast working on the vocal version with Abso, he really took the song where I wanted it to be and I am very, very excited for everyone to hear this new version!”

First emerging onto the scene in 2015 with four-track EP「ƒƒ∆, Vantage has spent the years since cultivating an immersive world at the intersection of sound and technology. Channelling a sound that has been coined as ‘future funk’, Vantage uses a range of analogue synths and instruments to create his distinctive tone. He dropped his second album J-Funk City in 2019 and collaborated with Macross 82-99 last year on six-track EP ‘Sendagi Collection’.

Forever at the cutting-edge of music and technology, Vantage recently collaborated with visual artist Kidmograph (who has previously worked with Kendrick Lamar amongst others) to release a virtual artwork that is created and sold via cryptocurrencies. The interest around the piece has been widespread, with renowned tech moguls the Winklevoss twins both purchasing.

The brainchild of Michigan-born, LA-based musician Jonathan Visger, Absofacto began creating his distinctive fusion of dream pop, art rock and inventive electronica in 2008. His first real breakthrough came with 2015 single ‘Dissolve’, the RIAA Gold-Certified #1 smash that has amassed 120 million Spotify streams and counting. More recently he has released a steady stream of acclaimed singles, such as ‘Lemon Drop’, ‘Rewind’ and ‘Someone Else’s Dream’ with Grammy.com praising “his genre-defying explorations” and noting “songs like ‘Lemon Drop’ bend hints of alternative, electronic and bedroom pop for lofty and layered compositions that seem as calculated as pieces of big-budget cinema”.

The new ‘50//50 (Dance With Myself)’ sees the slick house cut complemented by the smoothest of vocals courtesy of Absofacto.