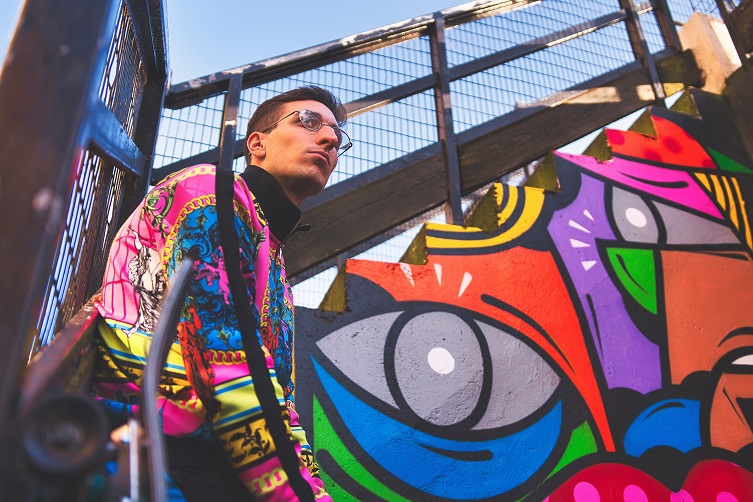 diamond x announces a new song ‘In my head’

Following the release of the aggressive and cocky burst of self-confidence that is “De alta gama”, diamond x switches to a more intimate space with this indie-pop tune that will have you dancing alone at night in your bedroom.

“In my head” is a song full of doubts, contradictions and slow realizations of unexpected love that take the listener through a dark tunnel that seems to have light at the end, yet we never get there. The ending, though, stays open. Both the production and the melodies drink from the most iconic hits of young pop stars Lorde and Billie Eilish, influences that Xoel doesn’t try to hide but takes on his personal journey instead.

The composition, lyrics, performance and production all come from Xoel Diamante Aguilar, aka diamond x. This solo project, born in early 2019, is a constant search of production skills, style fusions, and artist sincerity, in which all three are equally important.

Originally from A Coruña (Spain), Xoel developed an early passion for music, singing before even speaking. He has been involved in several bands as a guitarist, lead vocalist, keyboardist, bassist, and drummer, and participated twice in the biggest festival in his hometown. However, Xoel’s ambition outgrew A Coruña’s small music scene and he decided to move to the UK to pursue a career in music as a solo artist. He is currently living in London and studying Creative Music Production at ICMP.