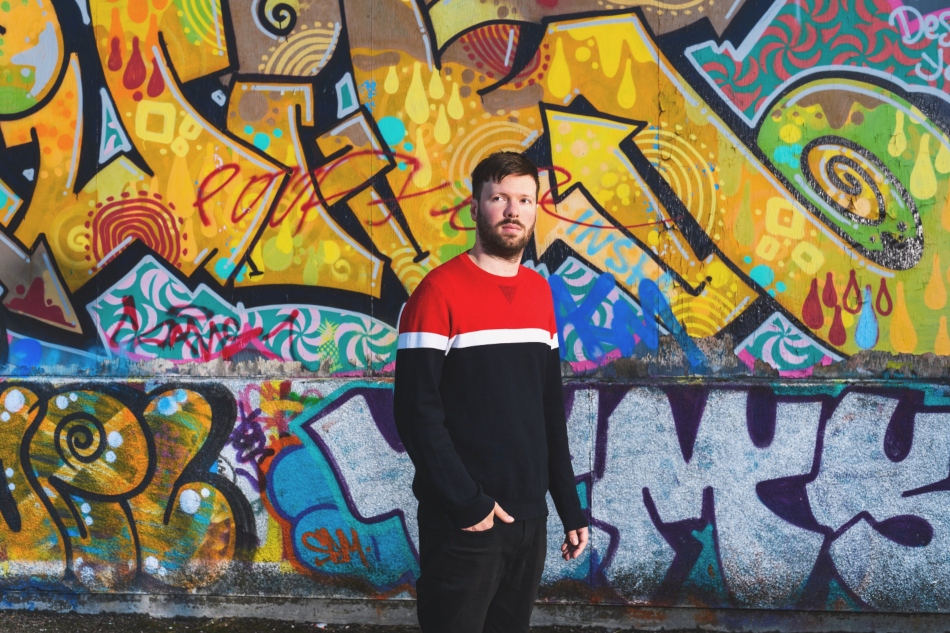 To some he is known as Brett Ewels from Norwich in the UK. To most, he is widely known as the remixer, DJ and music producer Louis La Roche. He has successfully provided official remixes for artists like Basement Jaxx, Aeroplane, Lemaitre, Fred Falke, and BAYNK. La Roche has recieved a wide range of support including Youtube channels like  Spinnin Records, Mr Suicide Sheep, Majestic Casual, and Mr Deep Sense, and publications including Mixmag, DJ Mag, Your EDM, Magnetic Mag, and Data Transmission. He has also recieved support from radio stations; Kiss FM, KCRW’s Jason Bentley, Triple J and regular features on BBC Radio.

La Roche has performed with acts like Armand Van Helden, A-Trak, Aeroplane as well as 2ManyDJs. Outside of performing, he has produced music for the world-acclaimed UK series Skins, and Canada’s MuchMusic Video Awards theme song. Producers on his latest album Saturday Night Griever include Frankmusik (producer for Ellie Goulding, Erasure and Tinchy Stryder), an LA-based musician Ryland Blackinton (ex-member of Cobra Starship, songwriter for Kelly Clarkson, Sam Sparro and The Night Game). Featured on this album is his spotlight track ‘Dive (ft. HEDDIE)’, a loose dance track, with its light sexual innuendos, is perfect to dance along to from the lounge to the dancefloor. La Roche cites influence from Prince, Michael Jackson, James Murphy, Daft Punk, Mylo, Soulwax, Fred Falke, Stuart Price.

Louis La Roche speaks on the album, “Saturday Night Griever was written from April 2017 – June 2019. I set out to make this a collaboration record, with vocals on every song. It’s very much a Pop record, which is something I’ve delved in but not fully explored before. All the collaborations were done remotely except one, which was recorded at The Old Hit Factory in London. The albums title and opening track were inspired by what I was reading in 2017 about UK music venues closing, nightclubs struggling and people not going out as much as they used to.