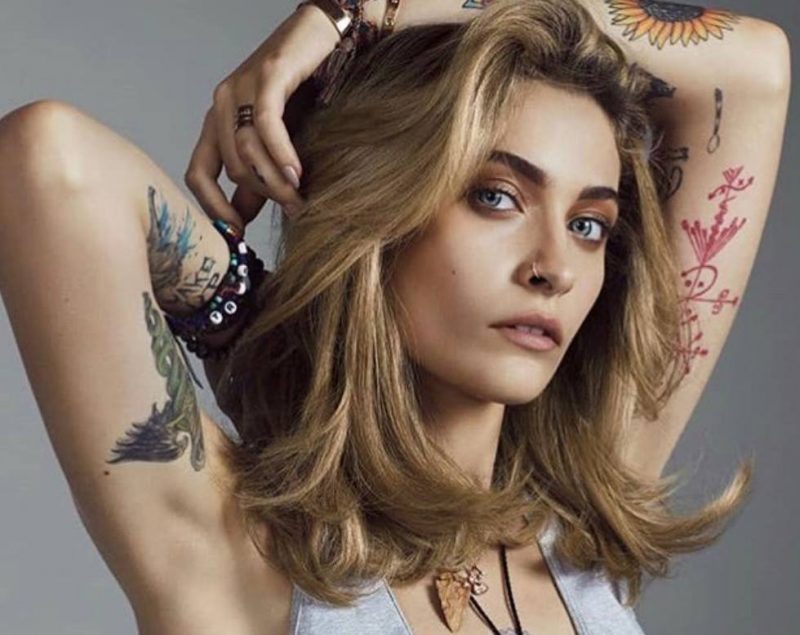 22-year-old singer, songwriter, actress, model and activist Paris Jackson makes her solo debut with a song and music video entitled “Let Down.” This notably marks her inaugural solo release for Republic Records. It also paves the way for her first full-length album, Wilted, arriving on November 13, 2020.

Written by Paris herself and produced by Manchester Orchestra’s Andy Hull, “Let Down” tells a story of heartbreak through alternative-folk and singer-songwriter sounds and influences.

Asserting herself as a creative chameleon, the track shows yet another side of the singer. Glassy acoustic strumming gives way to her lilting delivery as the soundscape envelopes airy synths and lithe guitar leads. Pensive lyrical poetry takes hold as Paris paints a picture of “eyes painted black, tragic paperback,” before she admits, “You were my all, and now, I fall to the ground.”

The music video translates this spirit in a nostalgic vignette punctuated by gentle psychedelic wonder, and a shocking end. The stunning visuals also offer a nod to legendary designer Alexander McQueen, a personal inspiration to Paris, who wore a stunning archive piece from his Spring/Summer 2007 collection (Look 20) in the video. Executive produced by Eli Roth and directed by Meredith Alloway, the video premiered following a live Q&A on YouTube with fans. It serves as the perfect precursor to the record.

This just continues a prolific 2020 for Paris. Earlier this year, she unveiled The Soundflowers with a self-titled five-track EP, which generated over 1 million cumulative streams and counting. Shining light on collaboration, influences, and activism, the project outlined an array of eclectic sonic endeavors while welcoming listeners with a unique sense of experimentation. Billboard hailed “Your Look (Glorious)” as “simply romantic,” while Idolator proclaimed, “The Soundflowers make a winning first impression.” Additionally, she appeared on Good Morning America with her brother Prince Jackson to chat about The Soundflowers and premiere the music video for “You Look (Glorious)” executive produced and shot by Prince.