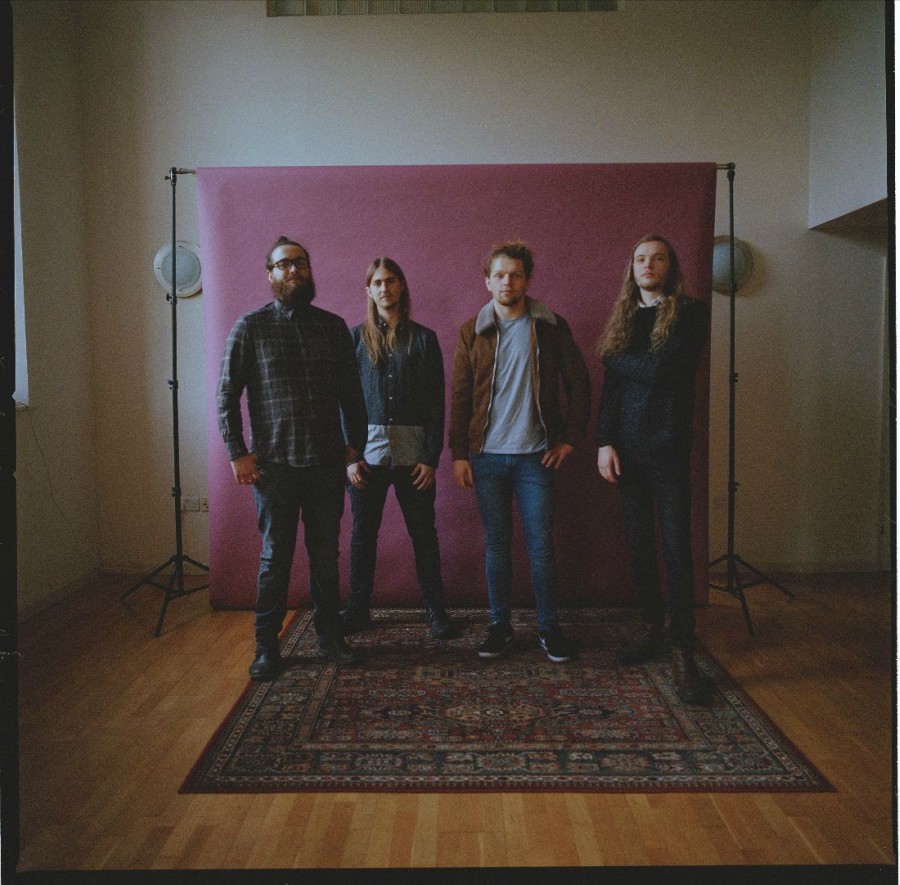 Haunt The Woods have shared the video for their new single, ‘Supernova’, the latest track to be taken from their upcoming debut album, Opaque, out on February 28th.

Surreal and atmospheric, the video follows a mysterious plot, which sees a pilot stranded in an unfamiliar world. Featuring dramatic cinematography and an emotionally charged storyline, it elevates the track’s immersive and climactic musicality, which pulsates between ever-changing forms of hushed intimacy and explosive passion, anthemic choruses and poignant verses.

“‘Supernova’ is about a moment of true realisation in your life,” explain the band. “Something powerful and overwhelming that changes all that has come before, and colours the lenses you see life through afterwards. The video aims to represent some of the bittersweet notions of this realisation, and the grandiose nature of the production and storytelling is a way of communicating that a bit.”

‘Supernova’ is the latest single to be taken from their upcoming debut album, Opaque, following ‘Elephant’, ‘Amethyst’, and the beautifully cathartic acoustic video for ‘Fly’, released last month. Throughout the record, Haunt The Woods push the boundaries of musicality, expression and emotional sentiment with an eclectic collection of euphoria, melancholia and reflection interwoven across thirteen tracks of absorbing sonic landscapes.

Jonathan explains of the album: “Drugs, alcohol, money, status, clothes and material possessions mask and help with the symptoms, but the problem still remains. We are all going to die and we are atoms contemplating atoms. All of this universe has come from somewhere, and it’s pretty fucking daunting and hard to get your head around.

“Opaque, as our first album, has been a unique and unforgettable experience for the entire band. The studio created a world that exists separately from normal life, where the sole focus is to exercise and explore musical creativity. This contributed the ‘spur of the moment’ writing style that created Opaque, and the four of us, guided by our incredible producer Peter Miles, had never been so creatively energised.”

Blending sounds from alternative, prog, folk and pop and channelling influences from the likes of Pink Floyd, Muse, Fleet Foxes and Bon Iver, Haunt The Woods has crafted a distinctive sound, glistening with ambient swells and underpinned by expressive rhythms and masterly songwriting.

The band released two EPs, The Line and Circle last year, and have performed at festivals including Glastonbury, Boardmasters and Port Elliot, as well as performing sold-out shows at London’s Old Blue Last and St Pancras Old Church and supporting a range of artists from the likes of Sunset Sons to KT Tunstall.

Haunt the Woods appeared in a feature on Reverbs