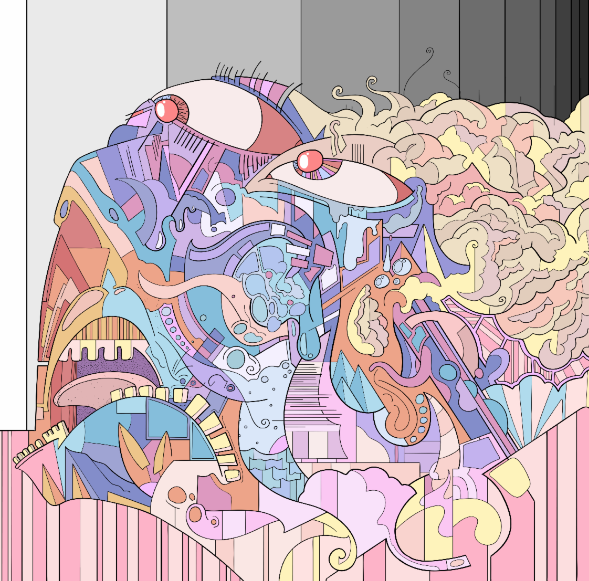 The second single “…For You” from alternative rock band Pale Blue Dot‘s upcoming third studio album Kingdom, Phylum, Class, Order, Family, Genus, Species) is about moving on. Each part of our lives is fleeting as we are often reminded of in stories of heartbreak and loss, but with loss comes potential and power. Virginia’s Pale Blue Dot leaves no room for addition, using every opportunity to create exciting layers and thoughtful lyrics alongside the album’s striking artwork by Edward Dinzole. Their music is expansive and immersive, welcoming those who are seeking originality with open arms and big smiles. It’s an exercise in what rock and roll can be rather than a sequel to everything it is, and it’s through the band’s willingness to take chances that the group sets themselves apart.

“It’s about escaping, getting out of a bad relationship by finding the power to let it go. To move on can be extremely hard, especially in toxic relationships, but the end result is a better life and room for new positive relationships.” elaborates Pale Blue Dot vocalist Tony LaRocco.

In the rural parts of Virginia, creativity goes a long way when it comes to passions. With not much to do, one might even say inspirations have more of an impact on people who live in open country areas, much like the way music impacted alternative rock band Pale Blue Dot’s Tony LaRocco. Since his ripe teenage years, fantastic music of all genres found its way into the life of LaRocco, whether it was his mother introducing him to Zeppelin or listening to Nine Inch Nails echoing on the turntable in his military academy dorm room. Records such as Pearl Jam’s Vitalogy and Guns N’ Roses’ Appetite For Destruction rattled his youth with their angst and unwavering agony and watered his dreams of playing in a band.

Since 2020 turned sour, LaRocco and the Pale Blue Dot lineup (guitarist Dakota Slager, bassist Turtle Zwadlo and drummer Darby Wootten) feel an ache from the hole left without the opportunity to perform live. Nevertheless, Pale Blue Dot put their energy into a new release, which drops in Fall 2020, starting with the album’s first two singles “Waiting For Signs” and “…For You”.