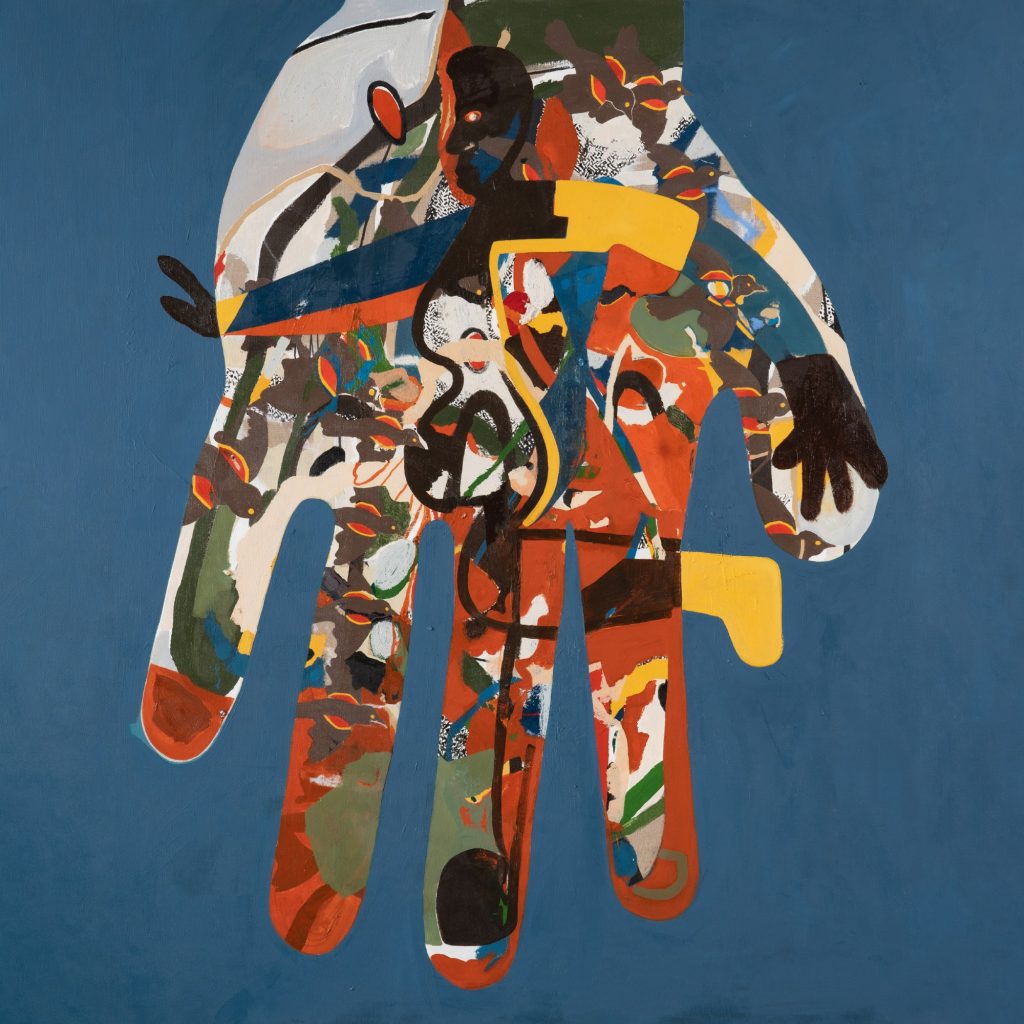 Hot Chip are pleased to confirm news of the eighth album Freakout/Release, is due for release on August 19th via Domino. Freakout/Release is another dizzying high in a multi-decade career that’s seen Hot Chip continuing to innovate and develop a rich, resonant songcraft. And while they continue to operate at peak form, the album also feels like a new chapter for the group—a collection of flesh-and-blood songs that finds the band reaching into the darkness to emerge as a true creative unit, their gazes fixed positively on the future ahead.

“Down” was the first song the band worked on for the record; anchored around a sample of Universal Togetherness Band’s “More Than Enough” that Joe Goddard had looped, it kicked off the writing process and the band finished the song in a burst of energy. The video directed by Douglas Hart and Steve Mackey merges strobing lights, metal welding, distorted images of the band alongside a reference to The Shining.

Freakout/Release was written and recorded in the band’s newly minted Relax & Enjoy studio in East London, a creative space that Al Doyle put together before and during the first year of the COVID-19 pandemic. Coalescing in the Relax & Enjoy studio was essential in establishing the album’s lively, full-band sound and marks the first time Hot Chip began work on a new record all together as well as reuniting them in the same room for the first time following their touring behind 2019’s A Bath Full Of Ecstasy.

Fittingly, harnessing Hot Chip’s irreplicable live energy in a studio space was in the front of the band’s mind, as they found themselves particularly inspired by their cover of Beastie Boys’ “Sabotage” that’s become a setlist staple. “The idea of being out of control is always there in dance music, in a positive sense,” Doyle explains while discussing the cover’s influence on the new album.

“By the time we were able to be back together, we were turning on a tap and having a lot of ideas being poured out quite quickly” adds Alexis Taylor.  Joe Goddard describes the creative plan of attack as creating “In a natural way, without too much discussion or a grand plan.” This improvisatory vibe was supported by the new studio space, Doyle adds: “Everything’s on all the time, and it’s very easy to capture what we’re doing.”

Lyrically, Freakout/Release explores darker emotions than previous Hot Chip albums have, drawing from the personal and the political to chart the ways people survive even amidst immovable struggles. “We were living through a period where it was very easy to feel like people were losing control of their lives in different ways,” Goddard explains. “There’s a darkness that runs through a lot of those tracks.” Thankfully, Hot Chip aren’t alone while exploring emotionally uncertain territory. Canadian rapper Cadence Weapon features on “The Evil That Men Do”, British DJ and musician Lou Hayter lends her vocals to the slinky “Hard to Be Funky,” while legendary production duo Soulwax contribute additional magic to the raucous title track.

Over the last 18 years, Hot Chip have established themselves among similar British luminaries like Pet Shop Boys and Depeche Mode—a true gap-bridging between the worlds of pop and dance music, with a catalogue of songs that move bodies and touch hearts with equal impact. Along with a 4-night residency planned at London’s Brixton Academy this September, the eleven songs on Freakout/Release are evidence that the band’s not even close to slowing down—even as it’s clear that the weight of the world has seeped into these tunes’ nooks and crannies.