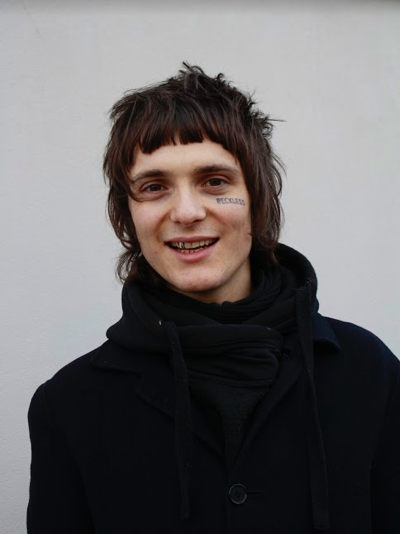 Aime Simone shares a new song ‘What’s Up With The World?’

Berlin by way of Paris singer and producer Aime Simone has released his debut single ‘What’s Up With The World?’.

The song is a thoughtful piece of alt-pop, where delicate guitars are paired with a danceable beat alongside his bright optimistic vocal laced with a touch of melancholy.

‘What’s Up With The World’ is Aime’s meditation on the chaotic world we currently live in, and the power of love within it, reflecting strength in solidarity during a time where many feel a sense of isolation, numbness and anxiety.

Regarding the single Aime says, “It’s about finding hope when faced with apocalyptic times, finding the strength to love in the most challenging moments, and finding purpose and meaning in a disconnected society.”

His pensive yet motivating songwriting comes from years of Aime’s self-healing. As a young teenager, he began to experience symptoms of PTSD, which turned into anorexia and related physical injuries and operations. This led to multiple stays at clinics in an attempt to heal.

Aime spent the duration of his healing writing poetry in a journal. As a music lover and songwriter, during a stay at the clinic in 2012, Aime got permission to attend a Pete Doherty show at Paris’ Bus Palladium, of who he was a big fan.

He took the journal along to the show with the intention of giving it to Pete. Aime had no idea how he was going to get the journal to Pete and so mid-set took to throwing it onstage, accidentally hitting Pete on the face. Pete, in turn, began reading excerpts to the sold-out crowd, before pulling Aime onstage and giving him his guitar to play.

This was Aime’s first-ever performance in front of a crowd, and one that thankfully ended in applause – something quite extraordinary for a stranger onstage at a Pete Doherty show. Aime was instructed to stay and invited backstage after, what ensued was a year of intense songwriting sessions at the Libertines frontman’s apartment.

From this bizarre first encounter blossomed a very precious friendship, which saw Pete help Aime out of his darkest time while also mentoring Aime in his artistic development and eventually to him opening for Pete at his shows.

It also opened doors to the fashion world, where he had a successful career modelling. It led him to travel the world for three years, featuring highlights including Hedi Slimane’s 2013 Saint Laurent campaign, which included Aime opening the catwalk in Paris.

In 2017 Aime moved to Berlin and immediately fell in love with the hedonistic city. He was once again surrounded by like minded people and became heavily inspired by the iconic techno scene.

His music evolved as he expanded his skills with electronic elements, experimenting with 909 and 808 drum machines, to the point where he was again performing live and throwing his own events. It led to Aime being awarded the revered artist residency at the Night Embassy last year, and he recently paired his music and fashion skills again to create an artistic video campaign for WEEKDAY.

Today Aime releases the first taste of his considered musical direction, inspired by his worldly travels and looking towards the future. He is currently working on his debut album and ‘What’s Up With The World?’ marks the beginning of an important new journey for Aime.