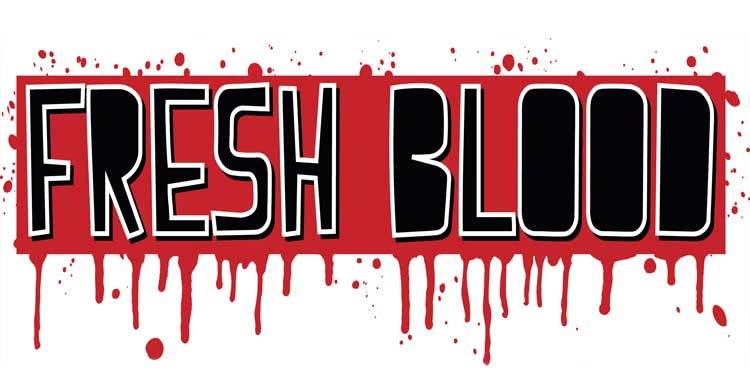 play all visit
Kerrang! has launched a new program, aptly titled ‘Fresh Blood’, to push new bands across its media networks. Incorporating print, radio, television and online, Fresh Blood will give one new band a week dedicated exposure across its network of media channels.
Whilst K! editor James McMahon’s tagline for the program “bringing you the bands of tomorrow today” sounds like something thought up by the Music Bot at Skynet, Fresh Blood sounds like a user-friendly means to allow small bands some weight and give listeners the chance to discover new music. Tracks from featured artists are to be made available for free download on Kerrang’s SoundCloud.
The first band Kerrang! is pushing this week is called Sleepwave, a rock outfit fronted by former Underoath singer Spencer Chamberlain. I was disappointed to find that the first band Kerrang! is choosing to launch Fresh Blood has an already established rock pedigree – I was hoping for more focus on new unsigned talent.
It will be interesting to see the kinds of bands Fresh Blood bigs up in the future: unsigned and unknown or small but highly marketable. It is worth noting that the Fresh Blood press release specifically highlights the program’s potential for advertisers, selling it as “an opportunity for brand and sponsor partners to connect with a passionate and engaged audience”. Sleepwave, riding off the back of Underoath’s success, are a poster-chid band in this respect – new and relatively small, but with a pool of likely fans (and consumers) to tap into.
Here’s hoping I’m just jaded and that Kerrang! have the best of intentions to break new bands and expose fans to fresh music. Keep a future eye on the Fresh Blood roster and decide for yourself.
Categories: News
Tags: Rock